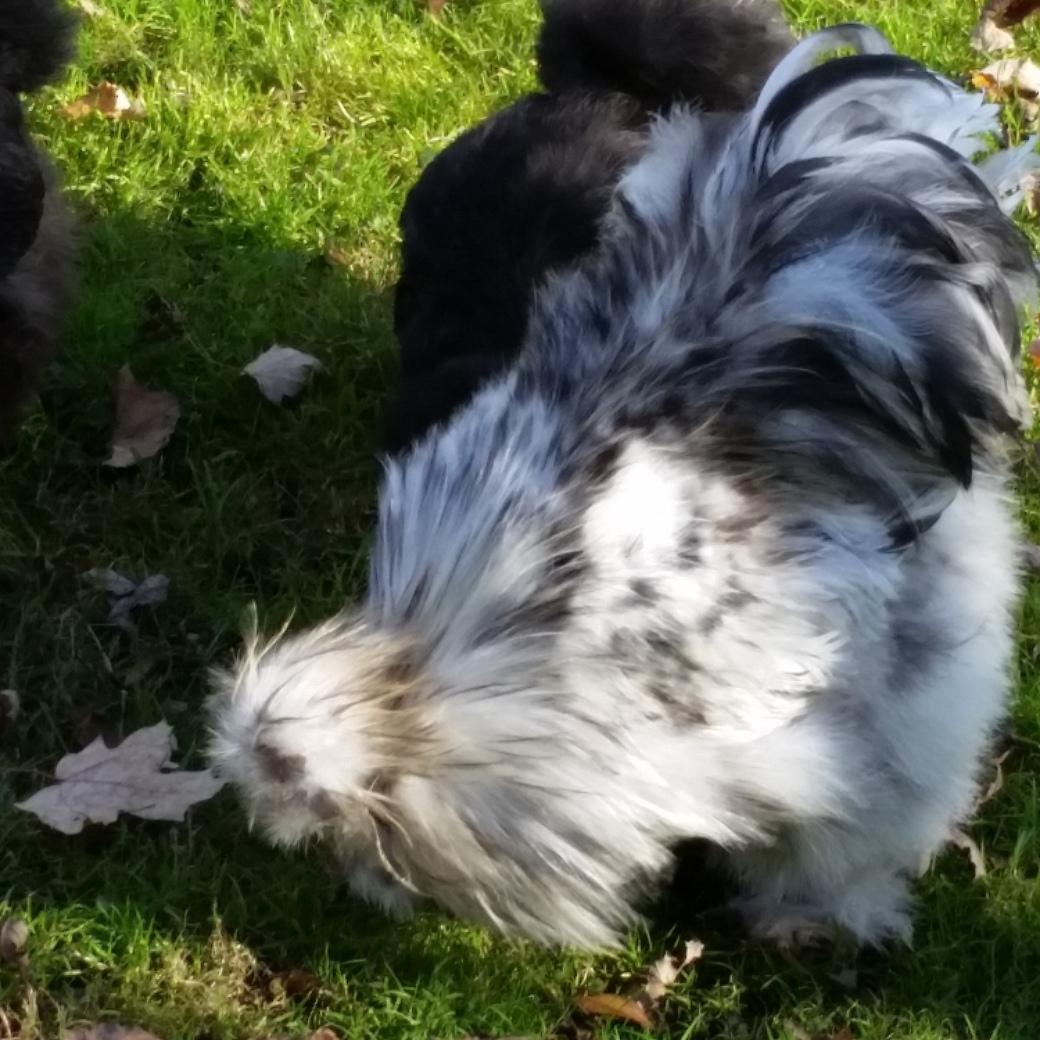 You may not believe it but a normal silkie is probably harboring some worms in their body at all times.  A healthy chicken can tolerate a small amount of worms in their system, but it is when a bird is sick or stressed that this can become a problem.  If the bird’s immune system is down this can lead to an over population of worms.

Chickens should be wormed regularly to prevent this buildup of worms in the digestive system and elsewhere in their bodies.  If you keep your birds in an enclosed run or in a fixed grazing area this can lead to an increased number of worms.  The poo from the chicken will contain worms and worm eggs will then be on the ground as well.

Infected silkies can shed thousands of eggs in the feces onto the ground.  Worm eggs are so tiny that you will not be able to see them.

Symptoms to look for if you think that your bird has worms would be : worms in the chicken’s egg, abnormal droppings, diarrhea, foamy looking poo, weight loss, pale comb and wattles, listlessness, dirty vent feathers, worms in droppings, gasping and head stretching, head shaking, reduced egg production and sudden death of the bird.

Worming can be hard on the chicken’s body and should not be done without some thought.  If you choose to worm, avoid worming during the winter in freezing temperatures.  Do not worm if your bird is molting or under six weeks of age.  Most people that worm do it in the spring and in the fall.

When choosing a wormer, be sure that the wormer you select is recommended for the type of worms you are treating. Not all de-worming medications are capable of treating all kinds of worms.

You may want to order an at-home Fecal Worm Test Kit which is available on-line.  This will let you know whether or not your chicken has any worms. 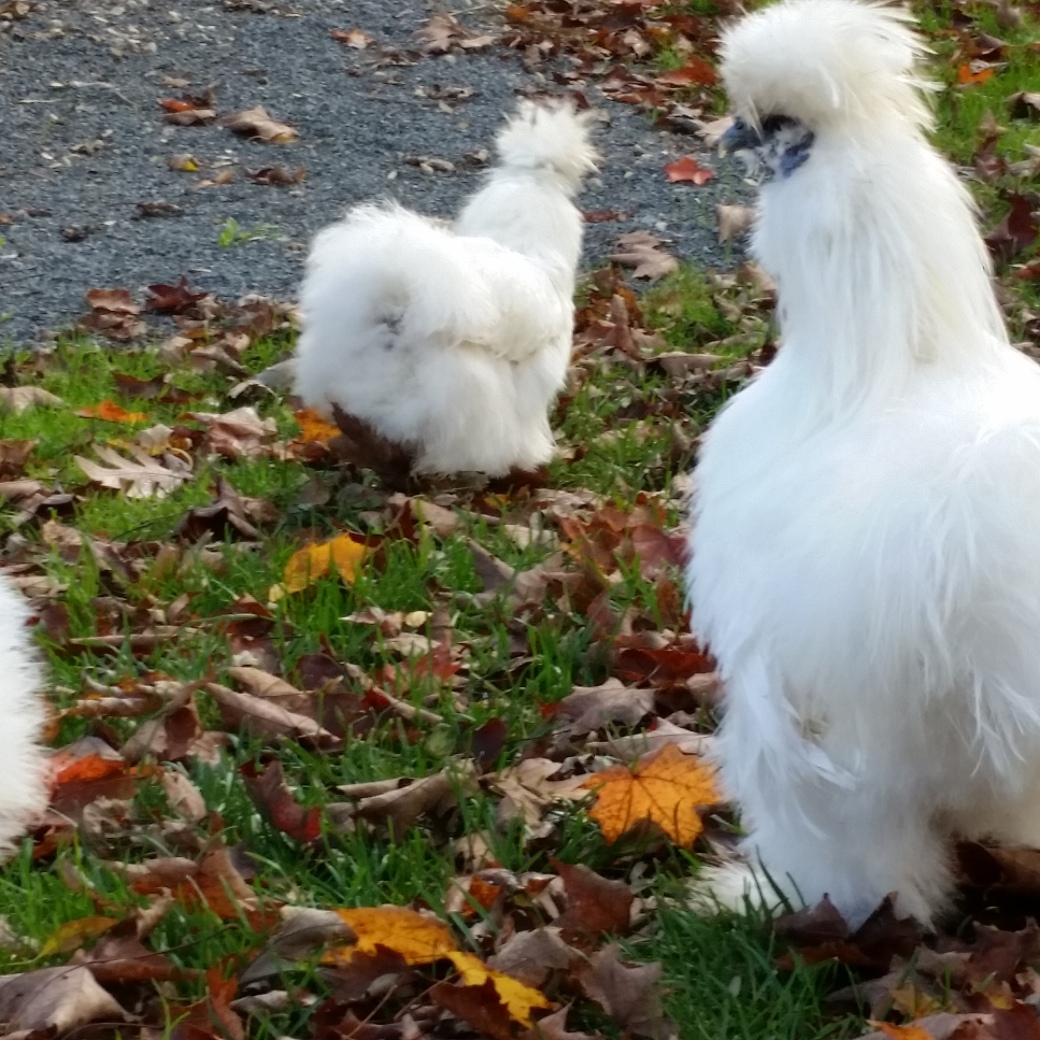 Even if you suspect that one chicken has worms, you should treat the entire flock.  It is best to do it twice a year, in the fall and in the spring.  You will need to treat the birds twice. Once to get rid of the adult worms and the second time to get rid of the worms that have hatched from eggs since the first treatment.

Wazine ( piperazine) is used to worm round worms.  Check the directions on the bottle for treatment and egg withdrawal time.  That would be the amount of time you will not be able to eat eggs that are laid.  Wazine is added to the birds drinking water.

These three done in a rotation (one in the spring, a different one in the fall, and the third one the following spring) will cover all worm infestations.

Durvet Strike III Type B medicatied feed is used as an aid in the control of infections caused by intestinal parasites (worms).  It has an antibiotic in it. It helps to heal but not to get rid of worms.

Diatomaceous Earth Food Grade is a more natural type of dewormer.  You mix it into your feed. 1/4 cup of DE to 35 oz of feed.

Pumpkin seeds in kernel form or pumpkin seeds in the shell help to make the environment inside the chicken less attractive for the parasite.  The seeds are more suited to preventing worms than removing them.

The best worm preventative is to keep your chickens healthy.  Give them proper food without too many treats.  Do not feed them on the ground but in bowls or feeders.  Clean and sanitize feeders and waters every week. Add vitamins to the water to improve their immune system.

Do not crowd birds.  Keep the coop clean and change the litter to beak the eggs cycle.  Rotate the runs and pasture.  Chicken tractors are a great way to move your chickens from one grazing site to another.  Keep the grass cut short.  Sunlight helps to kill the worm eggs.

In between wormings use Verm-X and Apple cider vinegar to help keep worm numbers down.

One thought on “Worming Your Silkies in the Fall and Spring”